Need to know something? Check out our FAQs below

Since the crisis began, the number of surf lifesavers involved in the flood relief effort in NSW has grown to more than 700, with a massive effort mounted by volunteers on the flood frontline to assist SES and Police with the unfolding disaster.

Callout teams in IRBs have been conducting evacuations of people and in some cases, animals stranded by floodwaters, assisting with food drops and supporting other emergency services organisations with logistics.

Along with IRBs, Duty Officers have been positioned in all of the Emergency Operations Centres as Liaison Officers and UAVs have been deployed to provide intel on conditions and will continue to assist in the recovery phase of the disaster.

More than 90 UAV operators were either on standby or in the field, giving the SES vital aerial intelligence on the extent of the disaster. NSW Director of Lifesaving, Joel Wiseman, has thanked all those involved and everyone who has offered to assist, either in their local area or to travel to flood affected areas to help. “The response to the callout for volunteers has been amazing,” he said. “I’m so proud to be part of an organisation where so many people are willing to drop everything and lend a hand, including some of our members who themselves have lost their homes in this disaster.”

Volunteer surf lifesavers across Southeast Queensland and Northern New South Wales are going above and beyond in their service to their communities, as severe flooding continues to impact the region.

Local surf lifesavers are on the front lines providing welfare checks, lending their club Inflatable Rescue Boats (IRBs) to reach those in need as well as performing skilful rescues where necessary.

The Westpac Life Saver Rescue Helicopter has also been deployed to provide flood drops to targeted areas, while other key assets including UAVs, Duty Officers, and liaison officers are on the ground at affected sites or stationed at Emergency Operation Centres to help coordinate responses.

Surf Life Saving Australia would like to thank all the volunteer surf lifesavers who are assisting their local communities in this time of need. Our thoughts are with everyone who has been impacted by the floods. 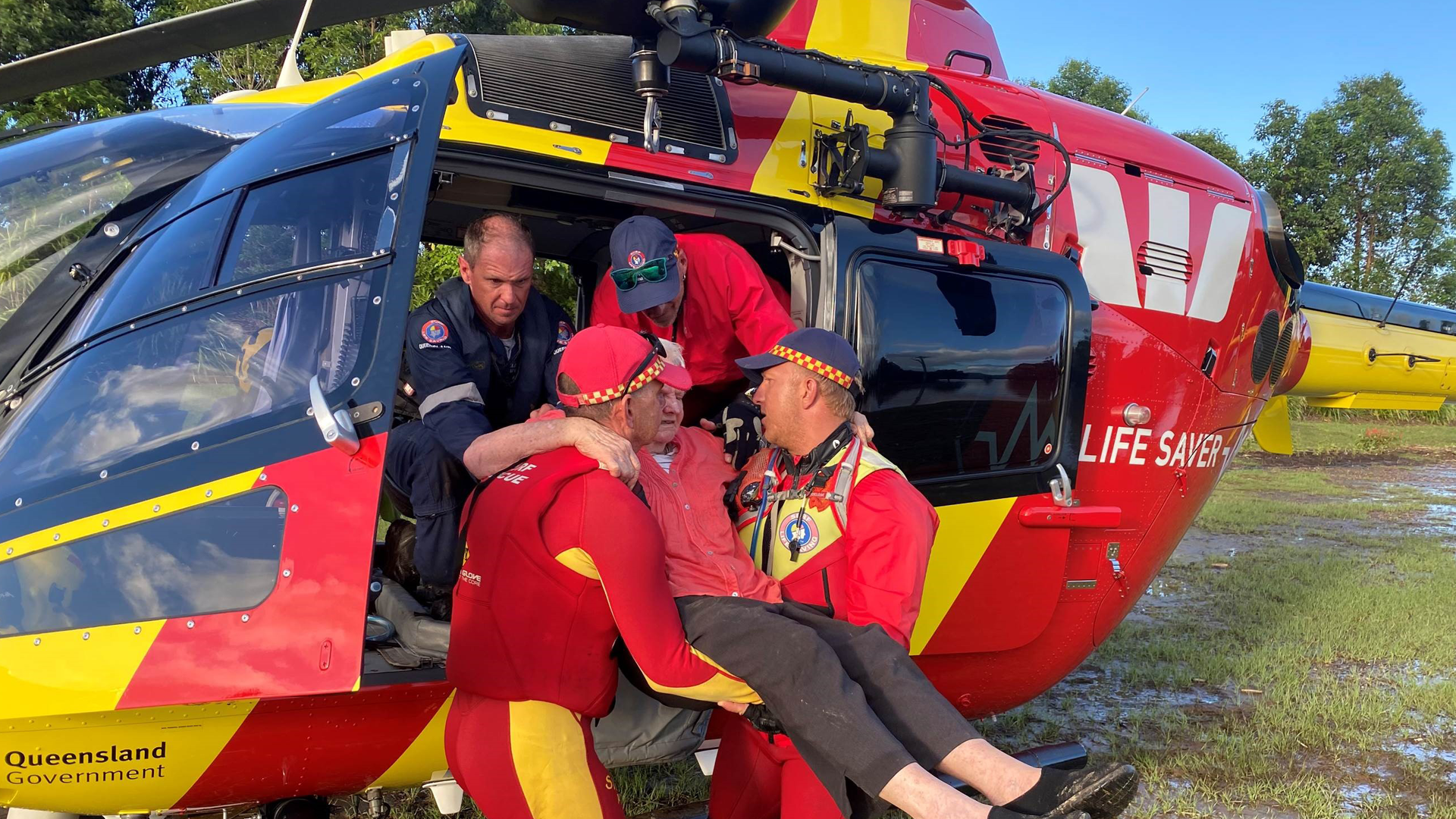 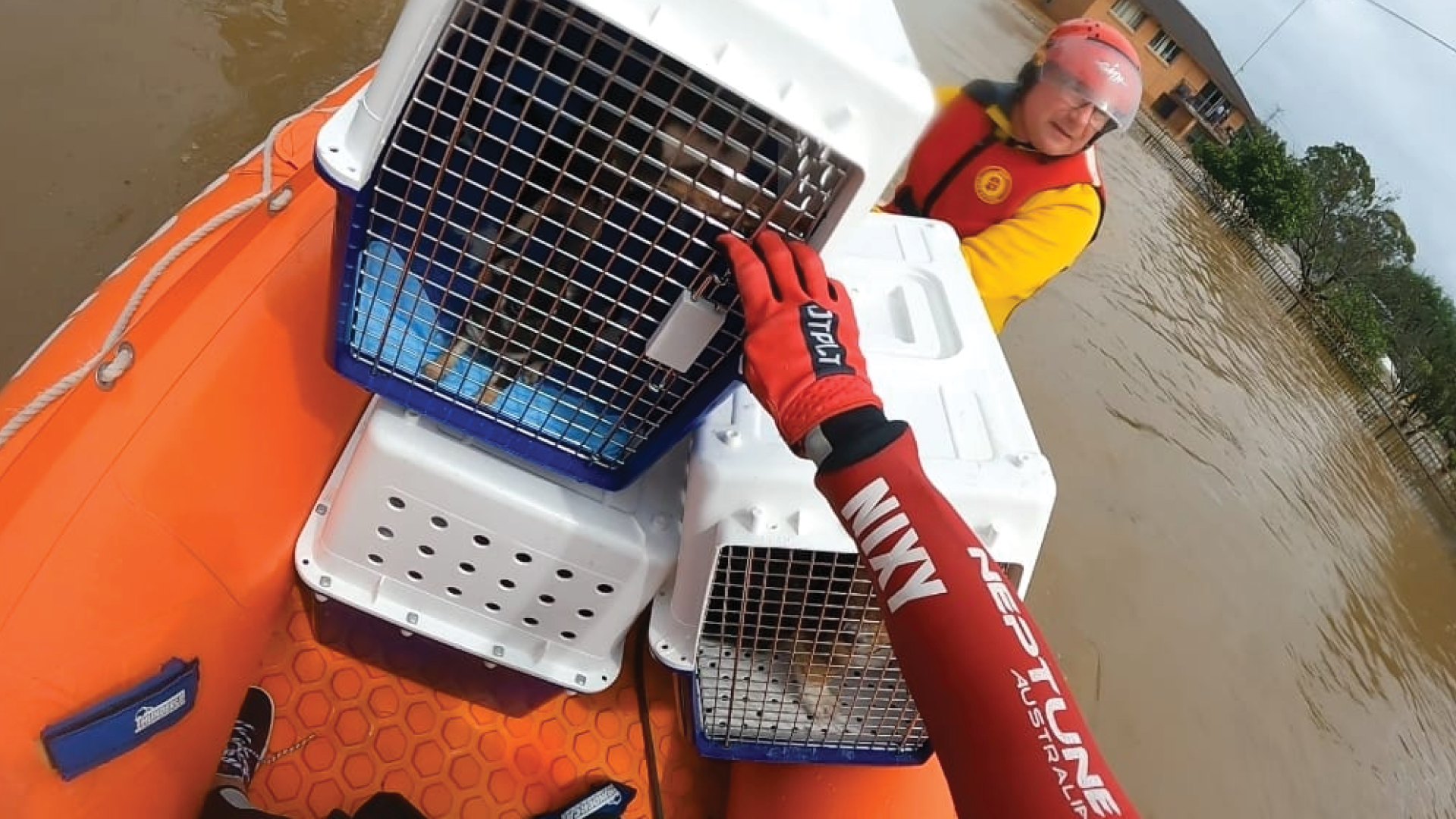 Major prize winners are contacted by their listed current daytime/mobile number once all of the draws have been finalised. Winners are also notified by registered mail.
Draws are conducted at 190 Montpellier Rd, Bowen Hills QLD 4006. They are conducted under QLD Government License Regulation and are open to the public for viewing. A Surf Life Saving official who is not a ticket holder conducts the draw. The major prize draw is computerised with a random number chosen from ticket purchasers.
You can enter your DOB in two ways:
1. Simply overwrite the current date in the box by manually typing in your DOB. Click on the day first and start typing - this will be responsive.
2. OR, 1) click on the calendar icon, 2) then click on the month and year in the top right-hand side, 3) scroll to your year of birth, then click the month, then the day - this will populate your DOB.
Feel free to call us on 1800 642 999 if you would like further assistance.
The majority of homes are built specifically for the lottery. Occasionally homes that meet our lottery requirements are purchased.
All tickets processed before the time of the close of the lottery will be entered into the computer draw. Customers whose orders for tickets received after the close of the draw will be sent tickets in the next lottery. If these tickets are not wanted they can be returned prior to the close of the lottery for a refund.
Official Surf Lottery results are posted on our Results page and can also be obtained by phoning 1800 642 999 (AUST), 0800 442 501 (NZ) or +61 7 3177 5816 (INTL).
Surf Life Saving attempts to contact customers in every lottery but as you can imagine it is an expensive exercise and not everyone on our mailing list will be contacted every time. If you don’t receive a lottery offer from us please phone or email us at any time to request information.
The Champions Club is a membership program where supporters automatically order their tickets in every lottery (once a month). Exclusive prizes are available only to Champions Club members.

If you’re our lucky first prize winner and have purchased the winning ticket of $20 or more, you will automatically win the corresponding book buyers’ prize. Up to an additional $70,000 gold!

There are NO membership fees and no hidden costs. You choose how many tickets you’d like each month and you’ll be automatically debited and entered to win – each and every month. Entry starts from just $2 per month.
Easy. There are no contracts and no obligation. You can add more tickets any month, downgrade to fewer or stop your membership completely. Simply call us on 1800 642 999 with your preferred changes.
Select an authorised direct debit or preferred credit card for automatic payment of tickets in every lottery (once a month).
Direct debit: Fill out the Direct Debit Authority Form and e-mail or send it back to us.
Credit Card: Order online and select “Yes, I would like to join the Champions Club” and follow the steps.
Alternatively you can call us toll free on 1800 642 999.

Money raised by the Champions Club is included in the financial contributions we provide to Surf Life Saving. Ongoing support from our Champions Club Members helps Surf Life Saving to plan funding and allocate resources where they are needed most. This means that our volunteer Surf Lifesavers are equipped with the most up to date training and equipment to ensure they are ready for the next rescue. Your membership helps make their work a reality.
Registering for an online account is simple:
Yes, this enables supporters to easily sign-in and buy tickets without having to re-enter their details again. You can also view your online transaction history, edit your contact information and more.
We recommend you do not create multiple accounts for winner verification purposes.
You can reset your password by selecting 'Forgot my password' on the sign-in page. You will then have to enter your email address associated with you account and will receive a password reset email.
You can make changes to your contact details through the the checkout under the 2nd stage 'Confirm your details'. You can also update details by calling our friendly customer service team on (AU) 1800 642 999 or (NZ) 0800 442 501.
To delete or cancel your online account please call 1800 642 999 and a customer service representative will be able to assist.
If you wish to print out previous purchase tickets please call 1800 642 999 for assistance.
Please allow up to 24 hours for the email to come through. Ensure you have already checked your SPAM folder and that your email address is recorded correctly.

We advise all supporters to add our email address to your safe senders list or address book. Should you still have not received the email containing your tickets please call 1800 642 999.

From time to time we do have fundraisers offering our Champions Club membership.

By browsing this site you accept cookies used to improve and personalise our services and marketing. Read our updated privacy policy for more about how we use your data.